Home Random Honda Pakistan Will Launch The 2016 Civic At The Same Price As... 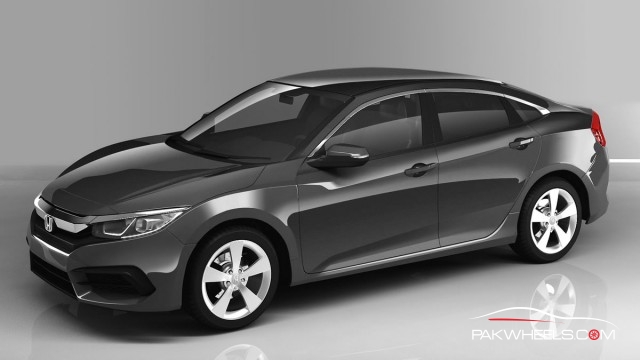 2016 Honda Civic is talk of the town these days, especially amongst the Honda fans worldwide. The upcoming Civic will be a game changer for Honda in the compact sedan market for various reasons. First, the 2016 Civic is designed in America and the same design will be followed throughout the world, and it is beautiful. Second, it will feature a lower displacement, more powerful and more efficient turbo engine that will produce 150 hp, 203 Nm of torque all while giving a fuel economy of close to 20 kilometers per liter.

According to reports, Honda Atlas will also introduce the same 1.5-liter turbo engine in the Pakistan specific variant of the upcoming Civic which is expected to launch in the September of 2016. If you  thought this news was interesting, you may want to continue reading.

A source close to Honda Atlas has revealed to PakWheels that Honda Atlas is planning to launch the upcoming Civic at the price of ongoing model to capture the customer base it has lost to 11th generation Toyota Corolla – the most successful compact sedans of Pakistani market so far.

The move to launch upcoming Civic at the price of ongoing model is also inline with Honda Atlas’s new marketing concept, “So Much More For Nothing More”, introduced at the launch of 2015 Honda City or so HACPL believes.

It will be interesting to see how things unwrap when the 2016 Honda Civic is finally launched next year. Meanwhile, let’s discuss, will this move help Honda Atlas regain customers lost to Corolla or will it be futile as Corolla is a superior car overall?

ABOUT US
Newspaper is your news, entertainment, music fashion website. We provide you with the latest breaking news and videos straight from the entertainment industry.
Contact us: [email protected]
FOLLOW US
© Newspaper WordPress Theme by TagDiv