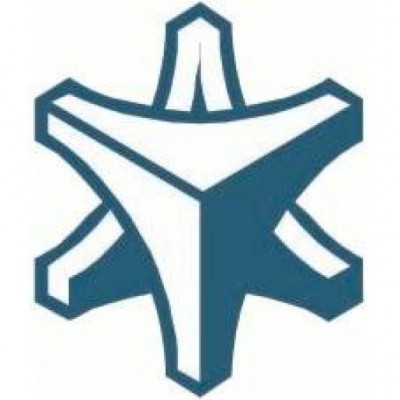 Central logging is based on TCP connections in most cases (or even encrypted TCP connections) as it provides several reliability features that are simply not available using UDP. Still, there are certain situations, when you have to use UDP. One use case is when the company standard syslog configuration for servers contains only a single, common UDP destination, and it cannot be altered because of company IT policies. The other, more common use case is, that network devices, for example routers, switches or firewalls send their logs using UDP. Most of the time the TCP implementation of syslog is completely missing from these devices. In some cases it is there, but badly broken and therefore avoided by the users.

When compared to TCP, UDP is more lightweight, and it consumes less computing resources. However, this is probably the only positive feature of UDP when discussing log message transfer. On the sender side UDP sends packets with a “fire and forget” method, meaning that it does not ensure that the packet was received, there is no error handling, acknowledgement, retransmission or timeout and therefore it is prone to losing messages.

There are several points during the transmission where messages can be lost when using UDP:

The effects of these problems can be reduced, but keep in mind, that UDP is not a reliable protocol.

Even if UDP is not a reliable protocol, and message loss can not be completely avoided, there are many ways to improve the situation. If you only have a few incoming UDP messages, you might not need any or all of these safe guards. However, as soon as you expect higher UDP traffic or burst of UDP packages, it is definitely worth implementing them.

2.1. Collect messages close to the source

UDP packages easily get lost if they have to travel through switches and routers. This kind of loss is difficult to detect, unless you can count the number of messages both on the sending and receiving side. To avoid message loss, install a syslog-ng relay collecting UDP messages as close as possible to the log source, ideally on the same switch or at least on the same subnetwork. Forward the logs to your central log server using TCP or RLTP protocols.

2.2. Use the right network card and network driver

Some network cards handle high load better than others. In high traffic environments it is worth using server class network cards that can off-load many of the tasks. The same hardware can sometimes be used with different drivers, so select the driver that suits your needs best.

To generate syslog traffic for stress testing your environment, use loggen (a tool bundled with syslog-ng). To check for dropped packages at hardware level, use ifconfig or ethtool.

2.3. Use physical machines instead of virtual ones

Full hardware virtualization, for example VMware can degrade performance, especially during hardware access like high speed networking. In some situations, using the right network driver inside the virtual machine can resolve this problem. On a loaded host machine even the right network driver will not solve these issues, therefore it is better to move log collection to a physical machine.

2.4. Use large buffers in kernel

To monitor packet loss, use the following command:

Flow control in syslog-ng slows down message reception if the destination slowed down for some reason. This works fine when messages are coming from TCP sources, as the sender side will notice slower reception and send messages at a lower rate. UDP, as a stateless protocol cannot handle this situation, the sender side will never notice that the receiving end slowed down and this will result in immediate message loss. Therefore in case of UDP sources, do not enable flow control for the destination.

When you use a syslog-ng Store Box as the central logserver, flow-control is always applied to the log paths where messages are written into logspaces in order to avoid message loss. Therefore, log processing may slow down if logs are massively searched by dozens of users (this is similar to the example described in the “Problems” section above). Contrary to the highly configurable syslog-ng PE, you do not have the ability to fine-tune the low level OS level buffers underneath the syslog-ng Store Box log management application. Therefore, you may turn the UDP-based log collection into TCP-based already on a lower message rate.

The consequence is that UDP-based collection always comes with a risk of message loss. The possibility of losing messages is different in each environment, therefore the situation might be examined in all cases in order to select the right safe guards that are sufficient to eliminate the risk of losing messages.