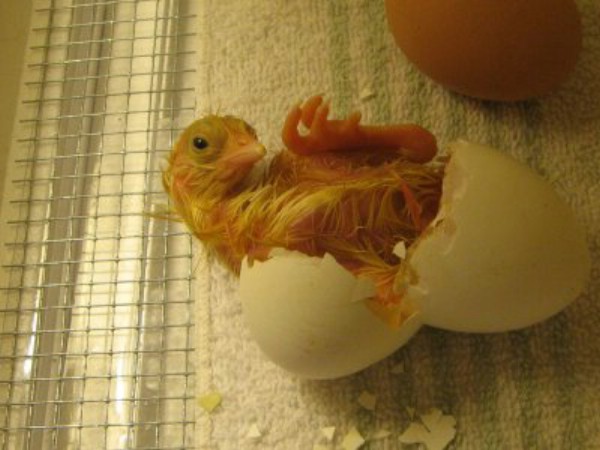 Footage like never seen before that captures the horrors of the first day in baby chicks lives through their eyes.

This special undercover investigation by Anonymous for Animal Rights is a response to a brutal plan by the Israeli government to increase the number of baby chicks in the meat industry by 20 million each year.

An undercover investigation sheds light on the first day in the lives of chicks in the meat industry – from their own perspective. Cameras, placed on the conveyor belt and other spots along the production line reveal the horrific first moments in the lives of the recently born hatch-lings, at eye level.

This same experience is shared by billions of chicks hatched inside meat industry hatcheries all over the world.

Ronen Bar, director of investigations at Anonymous for Animal Rights, explains, “The footage shows what life looks like through the eyes of a chick, an individual in a production line. The most striking thing about this footage, in my opinion, is the almost primal sense of fear, common to all living creatures – the fear of being thrown on the conveyor belt, cramped into tiny boxes, loaded onto trucks, or being ground up alive”.

Roughly 60 billion (60,000,000,000) chickens are slaughtered worldwide every year. Under natural conditions, a chick would hatch in a nest under the warm wings of its mother; In the food industry, however, the first day in the lives of billions of birds is utterly different. The chicken-meat industry worldwide is based on hatcheries that keep the eggs artificially warm. After hatching, chicks are thrown onto a conveyer belt for sorting and processing. Weak, handicapped and late-hatching chicks are disposed of in various methods (being crushed alive, as shown in the video, is a prevalent method). The ones fit for sale are packed and sent off to industrial farms. While these practices are common worldwide, they had never before been documented from the perspective of the individual chick.

“This unique documentation is part of a campaign against a plan promoted by the Israeli government, aimed at flooding the meat industry with surplus chicks” says Bar. “The outcome will be the birth of tens of millions of additional chicks every year, who will suffer the same cruel treatment as seen in the footage, until the day they are brutally slaughtered. We call upon the government to cancel the plan”, he added.