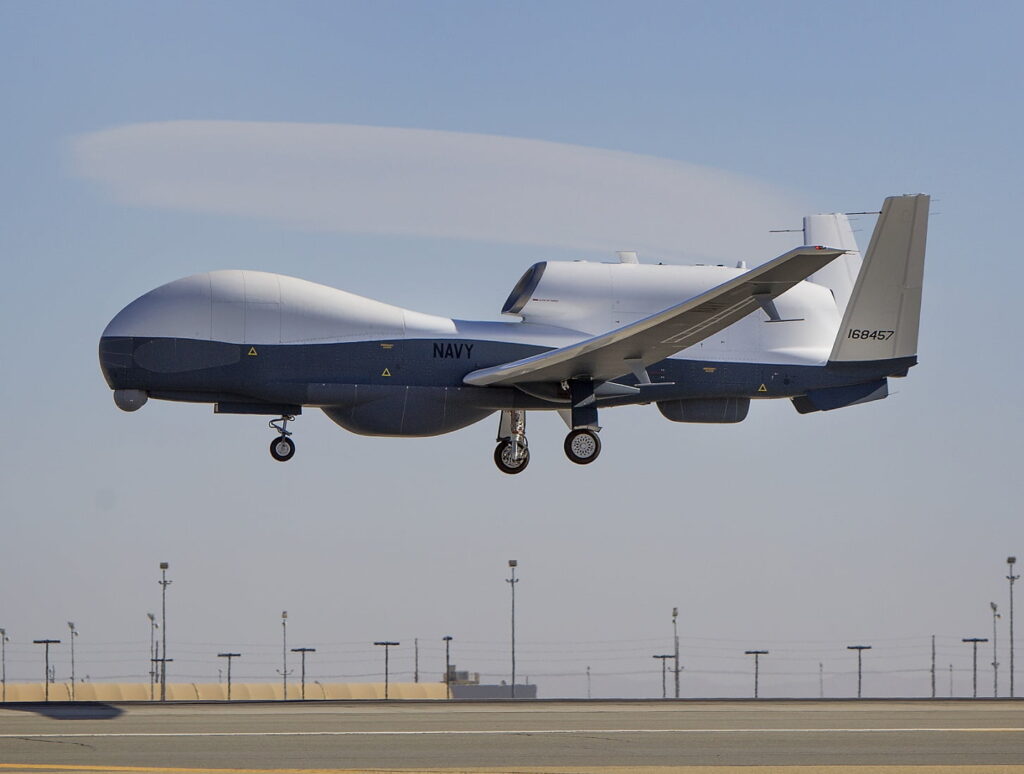 Iran Shoots down US Navy's Drone

Iran said in a Thursday, June 20, 2019 statement that it had shot down a United States Navy’s biggest unmanned surveillance drone US RQ-4 Global Hawk while it was carrying out an Intelligence gathering mission and violated its airspace near the strategic Strait of Hormuz, with the U.S. military saying the RQ-4 Global Hawk was more than 20 miles from the Iranian coast.

Fox News reporter Lucas Tomlinson cited an unnamed U.S. official as saying the drone was a U.S. Navy MQ-4C Triton high-altitude drone, and that it was shot down by Iranian surface-to-air missile in international airspace over the Strait of Hormuz. The MQ-4C Triton is the U.S. Navy’s version of the Northrop Grumman RQ-4 Global Hawk.

The IRGC later released a video it said was of the drone interception by its Khordad 3 air defense system.

The Northrop Grumman RQ-4 Global Hawk is an unmanned high-altitude long-endurance surveillance aircraft that first flew in February 1998 and has been in active service with the U.S. military since 2001.

With an operational range of 12,300 nautical miles, the RQ-4 Global Hawk can fly at high altitudes for over 30 hours and is capable of near-real-time high-resolution surveillance in all types of weather.

The RQ-4 provides a broad overview and systematic surveillance using high-resolution synthetic aperture radar (SAR) and long-range electro-optical/infrared (EO/IR) sensors with long loiter times over target areas. It can survey as much as 40,000 square miles (100,000 km2) of terrain a day, an area the size of South Korea or Iceland.

The MQ-4C Triton, first used by the US Navy in 2017, features enhanced capabilities, including lightning protection systems to allow the aircraft to descend for closer viewing of targets at sea. It has an operational range of 8,200 nautical miles and can fly over 24 hours at a time, at altitudes higher than 10 miles, according to Northrop.

Based on the proven Global Hawk UAS, Triton’s autonomous operations are supported by land-based command and control mission planners and sensor operators. Triton is equipped with a unique and robust mission sensor suite that provides 360-degree coverage on all sensors, providing unprecedented maritime domain awareness for the U.S. Navy.

Triton also incorporates a reinforced air-frame, for increased internal payload, and wing for hail, bird strike, and gust load protection, along with de-icing and lightning protection systems. These features allow the aircraft to descend and ascend through harsh maritime weather environments to gain a closer view of ships and other targets at sea when needed.

Built for the U.S. Navy, Triton supports a wide range of missions including maritime ISR patrol, signals intelligence, search and rescue and communications relay. The aircraft can fly over 24 hours at a time, at altitudes higher than 10 miles, with an operational range of 8,200 nautical miles.

The BAMS-D is a RQ-4A Global Hawk High-Altitude, Long, Endurance Unmanned Aircraft System used to develop the MQ-4C and in operation while the bulk of the Tritons ordered by the Navy remain in production.