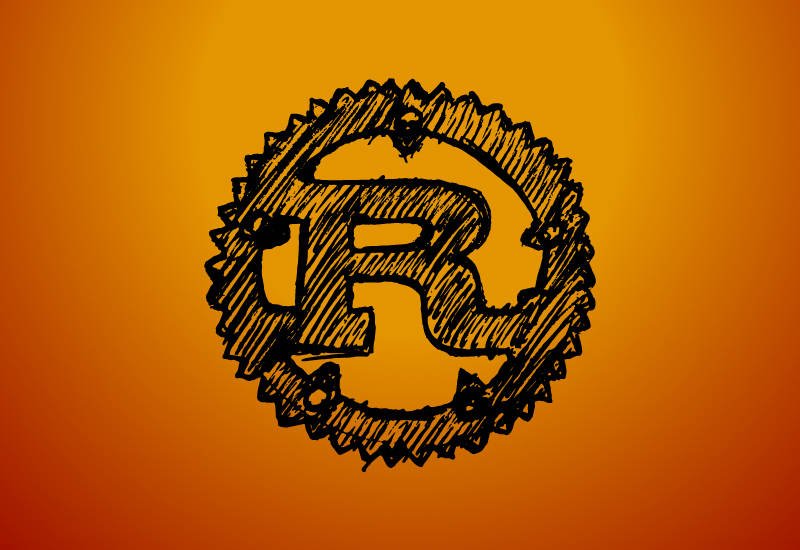 What is Rust Programming Language?

Rust Programming language  is a modern systems programming language developed by the Mozilla Corporation. It is intended to be a language for highly concurrent and highly secure systems. It compiles to native code; hence, it is blazingly fast like C and C++.

Rust was originally designed by Graydon Hoare at Mozilla Research, with contributions from others members. The designers refined the language while writing the Servo layout or browser engine and the Rust compiler. It has gained increasing use in industry, and Microsoft has been experimenting with the language for secure and safety-critical software components. Rust Programming Language is the only language that actually introduces genuinely new features. Namely the whole idea of safety of memory usage in a compiled, real systems programming language with no garbage collection or complicated run-time system.

How is Rust different?

Rust was built from scratch and incorporates elements from tried-and-true systems programming languages and modern programming language design. It fuses the expressive and intuitive syntax of high-level languages with the control and performance of a low-level language. It also prevents segmentation faults and guarantees thread safety. This empowers developers to write code that is ambitious, fast and correct.

Rust makes systems programming accessible by combining power with ergonomics. Using it, programmers can make software that is less prone to bugs and security exploits. Under the hood, it includes powerful features such as zero-cost abstractions, safe memory management, fearless concurrency and more. Visit the Rust open-source project website for a list of Rust features.

Rust is blazingly fast and memory-efficient, with no runtime or garbage collector, it can power performance-critical services, run on embedded devices, and easily integrate with other languages.

Rust’s rich type system and ownership model guarantee memory-safety and thread-safety, enabling you to eliminate many classes of bugs at compile-time.

Rust has great documentation, a friendly compiler with useful error messages, and top-notch tooling, an integrated package manager and build tool, smart multi-editor support with auto-completion and type inspections, an auto-formatter, and more.

Rust is designed to be memory safe, and it does not permit null pointers, dangling pointers, or data races in safe code. Data values can be initialized only through a fixed set of forms, all of which require their inputs to be already initialized. To replicate the function in other languages of pointers being either valid or ‘NULL’, such as in linked list or binary tree data structures, the Rust core library provides an option type, which can be used to test whether a pointer has ‘Some’ value or ‘None’. Rust also introduces added syntax to manage lifetimes, and the compiler reasons about these through its borrow checker. Unsafe code which can subvert some of these restrictions may be written using the language’s ‘unsafe’ keyword.

Rust does not use an automated garbage collection system. Instead, memory and other resources are managed through the resource acquisition is initialization (RAII) convention, with optional reference counting. Rust provides deterministic management of resources, with very low overhead. Rust also favors stack allocation of values and does not perform implicit boxing.

The type system supports a mechanism similar to type classes, called “traits”, inspired directly by the Haskell language. This is a facility for ad hoc polymorphism, achieved by adding constraints to type variable declarations. Other features from Haskell, such as higher-kinded polymorphism, are not yet supported.

Functions can be given generic parameters, which usually require the generic type to implement a certain trait or traits. Within such a function, the generic value can only be used through those traits. This means that a generic function can be type-checked as soon as it is defined. This is in contrast to C++ templates, which are fundamentally duck typed and cannot be checked until instantiated with concrete types. C++ concepts address the same issue and are part of C++20, though they still don’t allow the C++ compiler to typecheck a template without concrete instantiation.

However, the implementation of Rust generics is similar to the typical implementation of C++ templates: a separate copy of the code is generated for each instantiation. This is called monomorphization and contrasts with the type erasure scheme typically used in Java and Haskell. The benefit of monomorphization is optimized code for each specific use case; the drawback is increased compile time and size of the resulting binaries.

Hundreds of companies around the world are using Rust in production for fast, low-resource, cross-platform solutions. Companies like AWS, Firefox, Dropbox, and Cloudflare use Rust Programming Language their solutions.

From startups to large corporations, from embedded devices to scalable web services, Rust is a great fit.

A Web browser and several related components are being written in Rust, including:

Operating systems and OS-level components written in Rust include:

While some languages just add polish and ease to existing concepts, several users feel that Rust is actually doing new things with a programming language. And it’s not doing new things just to be showy; they feel these design choices solve hard problems with modern programming.

Beyond safety and performance, we have:

Rust is the only language that ticks all the boxes:

Compile time guarantees: When I think of a “statically typed language”, I think of Java, or C#, or something like TypeScript. They give compile-time assurances that your code has the correct types, and move a set of errors from runtime to compile time. Rust goes one magnitude further in this! Compile time checking extends to thread safety, to ownership semantics, to validation.

Enums mean that, at compile time, I can declare the set of variants my data can exist as, and when accessing that data I’m forced to consider all possibilities. Traits mean that when my code is templated/generic, I have exact capabilities I can require.

Rust is extremely backwards compatible. I can run code written for Rust 1.0. Equally, I can write code which I know I won’t have to update next time I update Rust.

And it’s not just Rust itself – the language enables libraries to have the same guarantees. Consider two facts:

Because of these two things, libraries can be 100% sure that they maintain backwards compatibility when releasing a new interface. In Python, or Java, or Javascript, or even Scala or Haskell, you need to pay extra attention to implementations of things if you want to ensure you maintain backwards compatibility. In Rust, it’s free: if you haven’t changed the function signature, it remains the same.

Rust found a sweet spot: it is just as low-level as C or C++ with all the advantages of these (e.g. control, size, speed, etc.) At the same time, it is as high-level as Haskell with an amazing amount of functional heritage. It is still imperative, so quite accessible to most people, and it is just as flexible as Python. For example, concepts like “duck-typing” are happening at compile time (i.e. trait bounds), yet it does not have the dated, object-oriented programming model and all of its well known problems.

Last but not least, the batteries which are included: the small and concise syntax, the small number of features the language provides, the integrity of the standard library as well as its consistency and the quality of its documentation, including the learning materials for both beginners and advanced users are all contributing factors.

With Rust/cargo I can focus on the actual code rather than the build system. No need to spend whole days reading up on Yet Another Build System. Cross-compilation with Rust is so incredibly simple and painless that when you read up on how to do it, you can’t help but think “Wait, I must be missing something.”

When you’re outside of Rust, there are things that sound like empty slogans, but when you start using it you’ll become pleasantly surprised to realize there’s a lot of truth to:

I find myself doing far less boilerplate code. And what boilerplate code I do need, I can often hide in a different module so it doesn’t get in the way of the actual application logic code. (Most common example of this is the error type conversions).

Safety and speed at scale

Many current programming discussions revolve around whether to use a fast, low-level language that lets you handle memory management or a higher-level language with greater safety precautions. For fans of Rust, they like that it does both.

Rust provides automatic memory management like any other high level language, but it’s done at compile time so there’s no hidden cost or behavior to account for.

Rust has always been designed for what we expect in modern hardware. Thread safety and data races, which can be a common footgun in other languages, were accounted for at the language level. As a result it can be incredibly easy to take full advantage of your workstation’s capabilities without a lot of changes or headaches. It’s always been impressive to me how rayon (a popular library in Rust) can parallelize your entire workload by changing just a single line of code.

As a result there’s been a lot of high quality and fast implementations being written in Rust, and thanks to cargo and crates.io (Rust’s package manager and community run package registry), it’s never been easier to reuse and share that code both internally and with the world at large.

Cargo handles a large repository with several to dozens of packages just as well as it handles one, you don’t need to spend days writing a build file to have the configuration you want.

Not only is it easy to manage and update your Rust dependencies, Rust itself is incredibly easy to upgrade and switch between different versions of the language with Rustup; a toolchain version manager that is included by default.

Any of the above points would be enough for somebody to like Rust, but taken altogether it makes Rust an incredibly compelling language that feels refreshing to write and create your projects in.

Effective Giveaway Tips During the Holidays