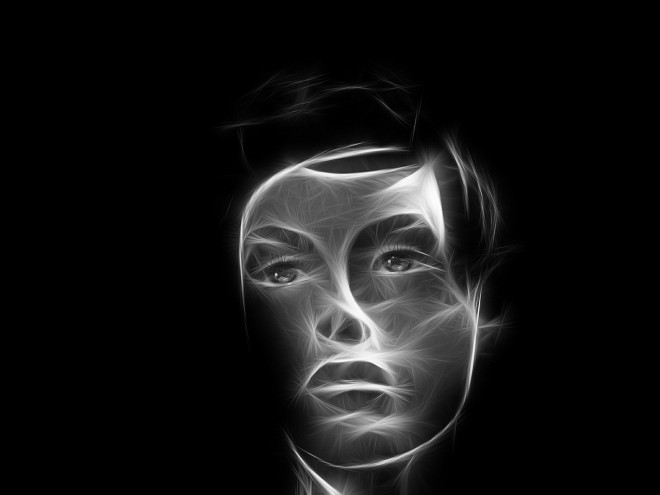 The mind is a wonderful thing.

It’s also a complete liar that constantly tries to convince us not to take actions we know are good for us, and stops many great changes in our lives.

I’ve had to learn to watch these rationalizations and excuses very carefully, in order to make the changes I’ve made in my life: a healthier diet, regular exercise, meditation, minimalism, writing daily, getting out of debt, quitting smoking, and so on.

If I hadn’t learned these excuses, and how to counter them, I would never have stuck to these changes. In fact, I failed many times before 2005 (when I started changing my life), because these excuses had complete power over me.

Let’s expose the cowardly mind’s excuses and rationalizations once and for all.

First, the main principle: the mind wants comfort, and is afraid of discomfort and change. The mind is used to its comfort cocoon, and anytime we try to push beyond that comfort zone very far or for very long, the mind tries desperately to get back into the cocoon. At any cost, including our long-term health and happiness.

OK, with that in mind, let’s go into the excuses:

It seems too hard, so we think we can’t stick to the change. We don’t believe in ourselves. This can be countered from the fact that many other people no more capable than us have done it. For example, Oprah ran a marathon a little before I started training for my first marathon, and so I told myself, “If Oprah can do it, so can I!” I was right.

Just because someone else can do it, doesn’t mean we can, right? We look for reasons they can do it but we can’t — maybe he can be a minimalist because he has no kids, or is a freelancer rather than someone with a real job. Maybe she’s way, way fitter than I am, so she can run a marathon. Maybe she doesn’t have all the obligations I have, or has a supportive spouse, or doesn’t have a crippling health condition. OK, fine, it’s easy to find excuses: but look at all the other people who have worse obstacles than you who’ve done it. I have 6 kids and still managed to change a lot of things in my life. Stories abound of people with disabilities or illnesses who overcame their obstacles to achieve amazing things. Your obstacles can be overcome.

Fill in the blank: I need my coffee, my cheese, my soda, my TV shows, my car, my shoe collection … these are things we convince ourselves we can’t live without, so we can’t make a change like becoming vegan or eating healthier or unschooling our kids or simplifying our lives or going car-free. And I’ve made these excuses myself, but they all turned out to be lies. I didn’t need any of that. The only things you really need are basic food, water, clothing, shelter, and other people for social needs. Everything else is not a real need.

4. Life is meant to be enjoyed.

Sure, I agree with this statement (as many of us would) but the problem is this is used to justify all kinds of crappy behavior. Might as well scarf down those Doritos and Twinkies, because hey, life is meant to be enjoyed, right? No. You can do without junk food and still enjoy life. You can exercise and enjoy it. You can give up pretty much anything and still enjoy life, if you learn to see almost any activity as enjoyable.

This might also be true, but we can push ourselves into more discomfort than we let ourselves believe. We can be a bit cold, instead of needing to be at the perfect comfortable temperature. We can do hard exercise, instead of needing to lay around on the couch. We can write that thing we’ve been procrastinating on — it might be hard, but we can push through that. When our minds seek comfort, don’t let them run — push a little bit outside the comfort zone, and begin to be OK with a bit of discomfort.

Sure, you can always do it later … but your later self will also feel the same way. Why should the later self be more disciplined than your current self? In fact, because you’re allowing yourself to slide now, you’re building a habit of procrastination and actually making is less likely that your future self will be more disciplined. Instead, do it now, unless there’s something more important that you need to do … don’t let yourself slide just because you don’t feel like it.

This is so tempting, because it’s kind of true — one time won’t hurt. Assuming, that is, that it’s only one time. One bite of chocolate cake, one missed workout, one time procrastinating instead of writing. Unfortunately, it’s never actually just one time. One time means your brain now knows it can get away with this excuse, and the next “one time” leads to another, until you’re not actually sticking to something. Make a rule: never ever believe the “one time” excuse. I did this with smoking (“Not One Puff Ever”) and it worked. If you’re going to allow yourself a bite or two of chocolate cake, decide beforehand and build it into your plan (“I will allow myself a fist-sized serving of sweets once every weekend”) and stick to that plan, rather than deciding on the fly, when your resistance is weak.

Well, true. You don’t feel like working hard. Who does? Letting the rule of “I’ll do it when feel like it” dictate your life means you’ll never write that book, never build that business, never create anything great, never have healthy habits. Create a plan that’s doable, and execute it. When the rationalizations like this come up, don’t believe them. Everyone is capable of doing a hard workout even when they’re not in the mood. Everyone can overcome their internal resistance.

Yep, me too. I still did my heavy squat workout today. There is truth to needing rest, and resting when you need it (listen to your body) but this is usually the mind trying to weasel out of something uncomfortable. There’s a difference between being exhausted and needing some rest, and being the little tired we all feel every afternoon. Push through the latter.

We all deserve that tasty treat, or a day off. I’m not saying you shouldn’t give yourself a reward or break. But if you make this rationalization your rule, you’ll always be on a break. You’ll always be giving yourself rewards, and never sticking to the original plan. Here’s what I do instead: I see sticking to my plan as the reward itself. Going on a run isn’t the thing I have to get through to get a reward — the run is the reward.

This again is our mind wanting to run from discomfort, and of course it’s true — it would be nice to stop if you’re pushing into a discomfort zone for too long. The thing is, the implication is that it would be better to stop, because it would be nice … but that’s a lie. It would be easier to stop, but often it’s better to continue pushing. This excuse almost beat me when I tried to run my 50-mile ultramarathon last December, because honestly it would have been much nicer to stop and not finish the race, especially in the last 10 miles or so. I pushed through, and found out I was tougher than I thought.

If you’re trying to run a marathon, this is phrased like, “It’s not that important that I finish this”. I’ve used this excuse for learning languages (it doesn’t matter if I learn this) or programming or any number of things I wanted to learn. I’ve used it for writing and exercise and eating healthy food. And while the result might not be that important, the truth is that the process is very important. If you stick with a process that will be better for you in the long run, then you will be better off. But if you let yourself go just because you are uncomfortable and at this moment care more for your comfort than the goal you set out for, you’ll have lots of problems. The goal isn’t important, but learning to stick to things when you’re uncomfortable is extremely important.

Now, this is the most honest excuse there is — most of us don’t want to admit we’re afraid to pursue something difficult. But it’s also a weaselly way out of discomfort — just because you’re afraid doesn’t mean you can’t do something. You can. I’ve done tons of things I’m afraid of — mostly creating things that I was worried I’d fail at. And while the fear sometimes came true — I didn’t do too well sometimes — the act of pushing through the fear was incredibly important and I learned a lot each time.

I’ve used all of these excuses hundreds of times each, so don’t think I’ve overcome them all. And you can use them in the future too. There’s nothing wrong with giving in sometimes.

The key is to learn whether they’re true, and see your pattern. Here’s what I’ve done:

If you consciously practice this process, you’ll get better at recognizing and not believing these lies. And then, bam, you’ve got your mind working for you instead of against you.

Tinfoleak – The most complete Open-source tool for Twitter Intelligence Analysis