How To Be Creative 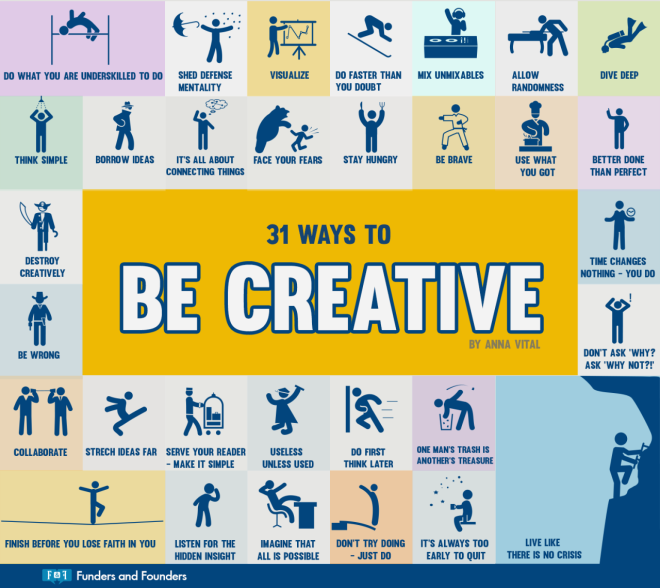 You could do anything except for doing absolutely nothing. What you do does not matter so much. But some ways of how to be creative are proven to turn on your genius even when you are deep in the gutter of self-doubt.

To get out, do these things:

How to be creative? Stop reading now and go create…