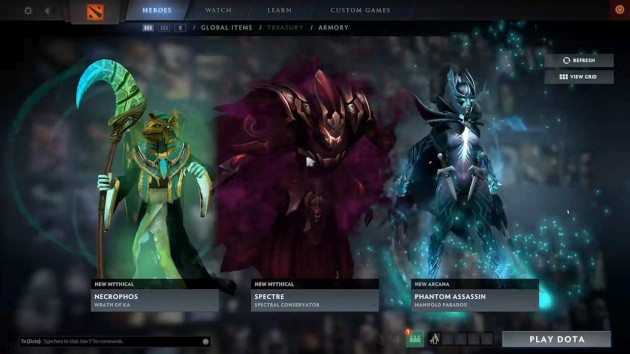 E3 isn’t even under way yet, but Valve (which will not be presenting at the event) is starting things early by revealing a new client for its massively popular PC game Dota 2. Dota 2 Reborn is being revealed in three blog updates before it launches in a beta test later next week, but what we can see so far should impress both fans and those still trying to get into these types of games (check out our primer here for a heads up). The dashboard players use to enter games is completely redesigned, with buttons to launch a session from anywhere, and easier ways to join up and play with friends. It’s all running on a new engine (not specified, but presumably Source 2), and also adds support for Custom Games, which Valve will talk more about next week. 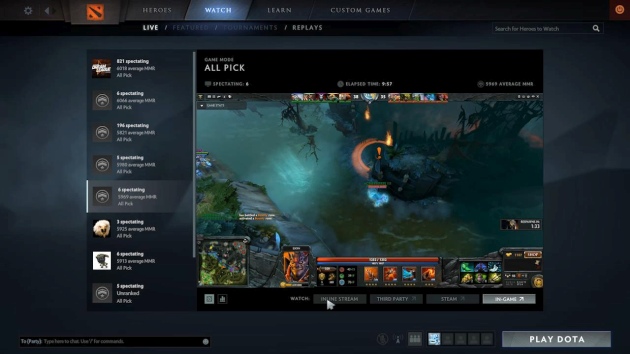 For newbies, tutorials that teach various game mechanics are returning, while the addition of Guided Bot Matches claims it’s a “fun and educational” way to learn to play. Of course, MOBAs like Dota 2 and League of Legends are big spectator eSports, so the built-in DotaTV feature will be updated with DVR-style pause and rewind for its Steam Broadcasting-powered 1080p 60fps streams. According to Valve, the in-game HUD is staying the same, at least for now, but there are too many other changes mentioned (like the new Hero browser shown above and chat rooms that can hold up to 5,000 people) for us to break down here.