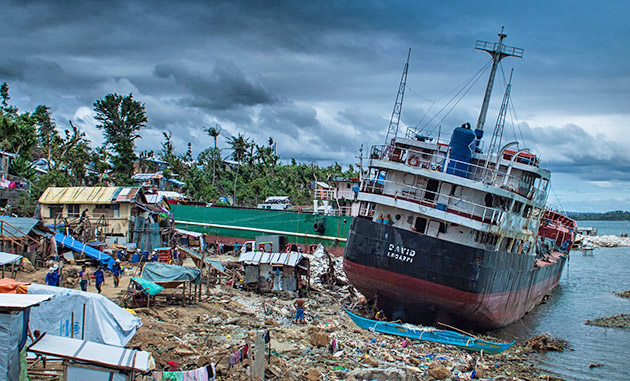 NASA has just released detailed climate change projections through the year 2100, and it’s one of the key aspects of a project intended to help developing nations combat the impacts of global warming. That project is the newly launched Climate Services for Resilient Development initiative, a partnership between the US government, the UK and various organizations, including the American Red Cross and Google. As you can see in the illustrations of NASA’s data, the Earth’s bound to get hotter and hotter until the average daily temp exceeds 113 degrees Fahrenheit in most countries by the year 2099. The effects of climate change such as storm surge (see above), droughts and ocean level changes can be felt everywhere. However, they can be especially destructive in developing nations that don’t have the means to prepare for them and to deal with the aftermath. 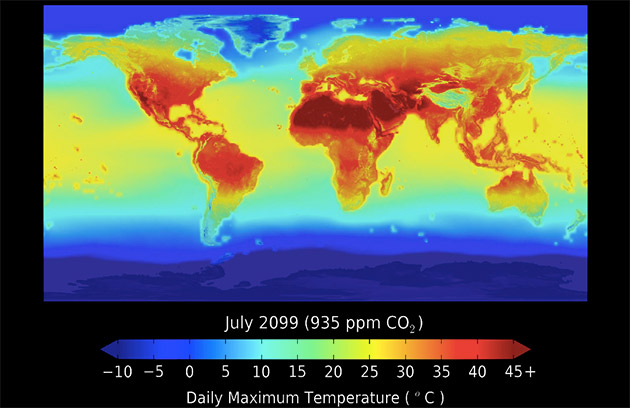 According to the White House, the Climate Services project “will provide actionable science, data, information, tools and training” to developing countries, most likely with help from NASA when needed. What those are exactly differ by region: for instance, the project could help seaside locations conjure up sea level projections and find places where houses and buildings won’t end up submerged in water. It could help other locations build infrastructure (water supply lines and deep wells are likely candidates for places prone to drought) and create population maps, among other things — anything that can help a country boost its resilience to the impacts of global warming. The initiative, which has launched with $34 million in funding, will develop services to offer Colombia, Ethiopia and Bangladesh for now. Eventually, it’ll expand its reach to the rest of the Andean region and Caribbean, East Africa and the Sahel, and South and Southeast Asia.

NASA’s dataset, by the way, shows how rainfall patterns and temperature will change throughout the years “in response to different scenarios of increasing carbon dioxide simulated by 21 climate models.” It was created using a big data research platform called NASA Earth Exchange within the agency’s supercomputing facility at the Ames Research Center. The full dataset is open to the public, so you can download it if the PowerPoint slides aren’t enough for you. Just make sure you have enough space on your computer, because its total size is a whopping 12 terabytes.