We have told you before about these fake online jobs that ask for registration (few thousand rupees in advance) and then promise you a healthy income on monthly basis. We have seen countless people losing thousands of rupees, but this guy called Muhammad Nasir from Battagram has reportedly lost over Rs. 24 million in online jobs.

Muhammad Nasir, as we checked, got himself an ID — that’s what they call it — for few thousand rupees. This ID is issued from random people that offer online jobs. Cost of these IDs vary, depending on the monthly return they offer. For example, an ID that would cost Rs. 10,000 should get you Rs. 5,000 per month or around and so on.

Prices for these IDs can go as high as half a million rupees, while their monthly return increases in the same proportion too.

To cut the long story into a short one, Nasir kept on buying IDs by investing thousands after thousands. Soon his total investment toll reached Rs. 4.3 million and that’s when he started convincing his friends and family to buy these IDs too, who on Nasir’s assurances invested Rs. 19.5 million against a monthly return that promised them to get their initial investment recovered with-in 2 months.

Nasir naturally had a cut in his FnF’s investment, and this is why he had convinced them to invest and risk their money.

Now, as one can imagine, people who offered online jobs ran away and Nasir and his FnFs lost all the money they had paid to buy IDs. They made all possible efforts to track down the people, but all went in vain.

Nasir — who lost his own Rs. 4.3 million  — is yet to repay Rs. 19.5 million to his Friends and Family, but he doesn’t have a single penny in his pocket while his doors are being knocked back to back for repayments.

The man is lost.

And here is what you can learn from him:

Whenever you find a way of earning easy cash, do yourself a favor and just don’t take it. 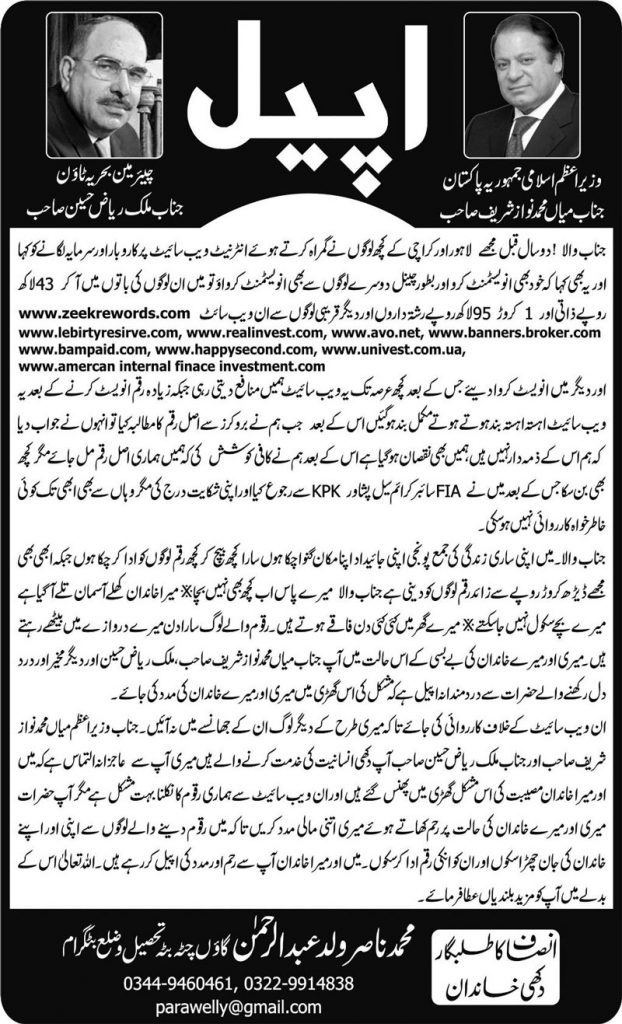