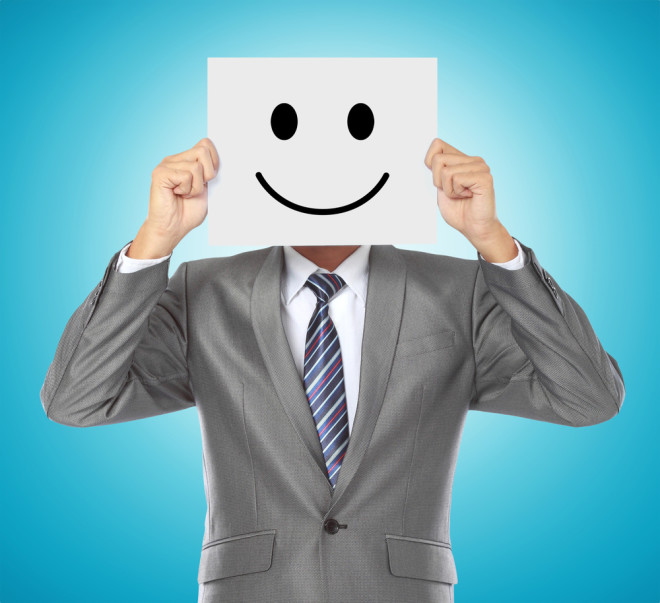 Do you even remember the last time you felt sheer pleasure, or unmitigated glee? What is your most recent recollection of bubbling over with happiness? I mean, when you felt so giddy that your cheeks were glowing, your heart was thumping, and your eyes welled up with unfettered joy? If that hasn’t happened to you in the last little while (or even a very long while), don’t fret.

As John Barrymore once said, “Happiness often sneaks in a door you didn’t know you left open.” Chasing happiness isn’t really going to make it magically appear, but you can create the circumstances that ‘leave the door open’ to a joyful and meaningful life by setting the stage for happiness, and allowing it a grand entrance. You can feel happier right now, with these scientifically proven methods.

I don’t care if you stand in one place and jump up and down, go for a walk, or climb the stairs at your office, you can feel happier right now by being physically active. In a study described in the book, The Happiness Advantage, three groups of patients treated their depression with medication, exercise, or a combination of both medication and exercise. The results of this study should be extremely motivating. Although all three groups experienced similar improvements in their happiness levels early on, the follow-up assessments proved to be radically different. When tested at six months to see if they had ‘relapsed’ into depression, 38 percent of those who took medication alone slipped back into a depressed state, and for those who exercised? Only nine percent relapsed. The proof is evident. You can feel better by exercising, and it doesn’t take much.

Write down 20 things you are grateful for.

Don’t type up what you are grateful for, write them down, since it requires more neurons to do so, and you’ll feel much better. Robert Emmons, often called the world’s leading expert in the science of gratitude, says that people who keep gratitude journals experience higher levels of positive emotions, more joy and pleasure, and stay alert and optimistic more easily.

Getting more sleep is one of the best ways to feel happier. “You’re putting energy in the bank when you go to sleep,” says Barry Krakow, MD, medical director of Maimonides Sleep Arts and Sciences, Ltd. in Albuquerque, N.M. “On a cellular level, the body is literally repairing and restoring itself. Without it, you can’t do what you want — physically or mentally.” This also means that you’ll likely find negative emotions creeping in more easily, and find it difficult to constructively handle emotions like anger or frustration, because sleep deprivation increases amygdala activity (a brain structure integral to experiences of negative emotions such as anger and rage) and a disconnect between the amygdala and the area of the brain that regulates its functions. Power napping for at least 15-20 minutes will already start to improve your mood and cognitive functioning, and getting rapid eye movement or REM sleep, which usually takes 60 to 90 minutes of napping, plays a key role in making new connections in the brain and solving creative problems. Napping is even better for you than drinking a cup of coffee.

There a 101 reasons nature makes us feel good, but ‘green science’ as it is called, is learning more about how the blue sky and green trees really affect us all the time. For one thing, nature teaches us that we areperfect just the way we are. When we are alone in nature, there is no classism, racism, homophobia, or sexism. A rushing river doesn’t care what level of the social hierarchy you’ve reached, or haven’t. Time slows to a more manageable pace, and we experience profound healing on levels mainstream medicine likely will never understand. For starters, you are breathing in fresh air, and absorbing Vitamin D, which is a known precursor for making happy hormones. Being outdoors is so uplifting that many people describe is as being a spiritual experience. If you can only be outside for a few minutes every day, take advantage of that opportunity. Your happiness is forever connected to being one with nature.

Be with your peeps.

Spending time with friends and family is one of those ‘can’t buy me love’ things that really does add to our overall happiness. Daniel Gilbert is the Harvard College Professor of Psychology at Harvard University. The professor tells us that most of the things we do in life are to acquire more time with friends and family – so why not just cut to the chase, and DO that. The ‘happiness’ expert says, “We are happy when we have family, we are happy when we have friends and almost all the other things we think make us happy are actually just ways of getting more family and friends.” The ‘can’t buy me love’ aspect is quite real, in fact. The connections we have with friends and family is worth as much as $132,000 a year in terms of life satisfaction, according to the Journal of Socio-Economics. If you don’t have friends, you can make some new ones by taking a class at a community college, joining a sports team or look for a social event to meet new people in your city.

A study by the University of Sydney surveyed 350 people who had meditated for more than two years, and compared those results with existing government surveys on people’s mental and physical health. Those who meditated were found to be ten percent happier than those who didn’t. While that doesn’t seem like much, meditation can also give us more mental clarity, feelings of peace and of gratitude (see number two), and 76 other scientifically verifiable benefits that you’d otherwise be missing out on.

The American Meteorological Society has published research that found temperature has a bigger effect on our happiness than variables like wind speed and humidity. It also found that happiness is maximized at 57 degrees (13.9°C), so keep an eye on the weather forecast and head outside when the weather is prime. If you live in a warmer climate, find a shady spot and sit in nature.

Doing good deeds, or helping someone else for 100 hours a year contributes massively to your overall feelings of peace, well-being, and happiness. “A lot of times we think that happiness comes about because you get things for yourself,” said Richard Ryan, a psychologist at the University of Rochester, but “it turns out that in a paradoxical way, giving gets you more, and I think that’s an important message in a culture that’s pretty often getting messages to the opposite effect.”

Okay, so you can’t just up and quit your job, but you might be able to work out a ‘flex’ schedule that allows you to work from home a few days a week, or you might even consider moving closer to your workplace. Why? Commuting makes us unhappy. A Swedish study found that commuting is so hard on folks that people are 40% more likely to divorce if one person commutes more than 45 minutes to work every day. If you absolutely must sit in traffic for an average of 38 to 60 hours a year, then at least listen to an uplifting book on tape, or learn a new language. This can make you happy, too.

A core psychological need for humans is to learn and master new skills. Psychologists call this need ‘mastery.’ You can see it in babies learning to crawl or sit up for the first time, but also in grown adults mastering a violin concerto, or learning how to converse in a second language. Learning something new in one area of our lives also often triggers an add-on bonus of learning something new in another area. It’s a win-win-win situation. You learn one thing, and this helps you learn a bonus skill or concept, and this also leads to more happiness. You don’t have to get formal certificates or professional qualifications. Just learning how to plant a garden or play a new chord on your guitar can boost levels of happiness.

“Most folks are as happy as they make up their minds to be.” ~ Abraham Lincoln

Tips for Using Social Media for Marketing and Career Growth