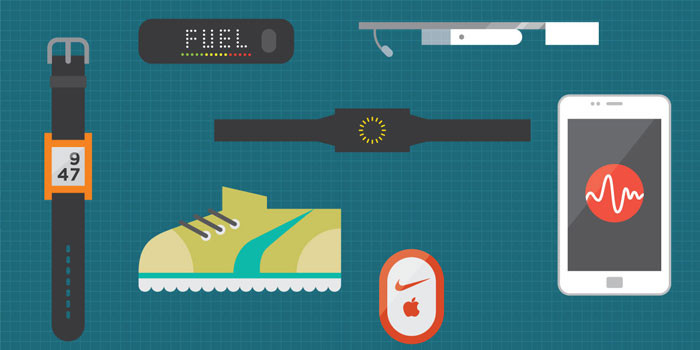 IDC report states that 72.1 million smart wearables will be sold in 2015 which is more than 173 percent of the 26.4 million units shipped last year. The report also estimates the Compound annual growth rate for the market for the next five years. A 42.6 percent annual growth will be seen until 2019 increasing the shipments to 155.7 million wearables sales in the year 2019.

Senior analyst Worldwide Mobile Device trackers, Jitesh Ubrani said “The demand for basic wearables, those that do not run third-party apps, has been absolutely astounding”. He added that ““Vendors like Fitbit and Xiaomi have helped propel the market with their sub-$100 bands, and IDC expects this momentum will continue throughout 2015.”

“Smart wearables like the Apple Watch and Microsoft HoloLens are indicative of an upcoming change in computing, and the transition from basic to smart wearables opens up a slew of opportunities for vendors, app developers, and accessory makers,” added Jitesh Urbani.

The Apple watch and Xiaomi fitness trackers have shaken up the market and the market will take time to stabilise throughout the year. Smart wearables are also introducing a battle for platforms from leafing manufacturers according to IDC.

Jitesh Urbani added that Android Wear, Tizen OS and Apple’s WatchOS are improving and the user experiences, app support and interfaces are evolving to be more productive. Over the years, expectations will rise for what a smart watch should be able to do. Things might change even more as more OEMs enter the market.