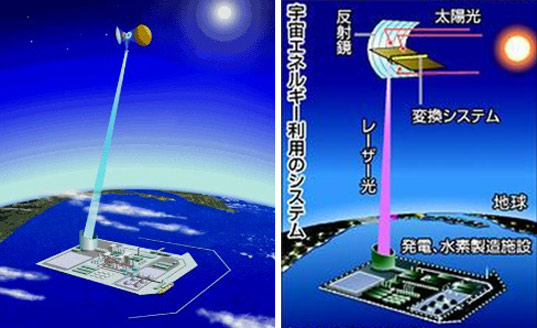 The Japanese Space Agency JAXA actually has a project in the planning stage to beam power collected with solar energy technology in space to earth. The Space Solar Power Systems project ( SSPS project ) is a space-based solar power plant that generates energy by collecting sunlight in geostationary orbit. 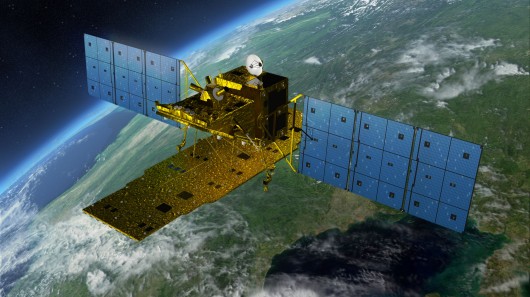 The energy is then transmitted to the ground, and converted into electricity and hydrogen for practical use. SSPS consists of a space-based power generation/transmission facility that gathers sunlight, converts it into microwaves or laser beams, and transmits those to the ground; and a power receiving facility on the ground. 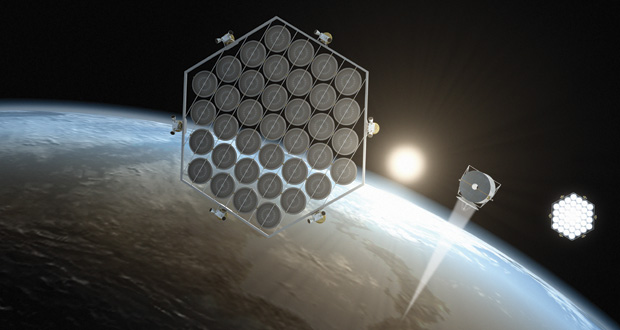 The idea for space-based solar power generation was introduced by an American, Dr. Peter Glaser, in 1968. His idea was to deploy large solar panels in space for power generation, and convert the energy into microwaves to transmit to the ground. NASA and the United States Department of Energy looked into the implications of implementation. But the project was so costly, it was shut down during the Reagan administration in the 1980s. Meanwhile in Japan, probably reflecting our nation’s shortage of energy resources, SSPS research was started early, and has since been pursued by many universities and JAXA.

This idea seems a little crazy and maybe somewhat desperate as Japan looks beyond nuclear power for its future and present needs. The energy focused as a microwave beam could either intentionally or unintentionally be used to destroy building and installations. How would we ensure that this new source of power does not become a new threat to world peace?