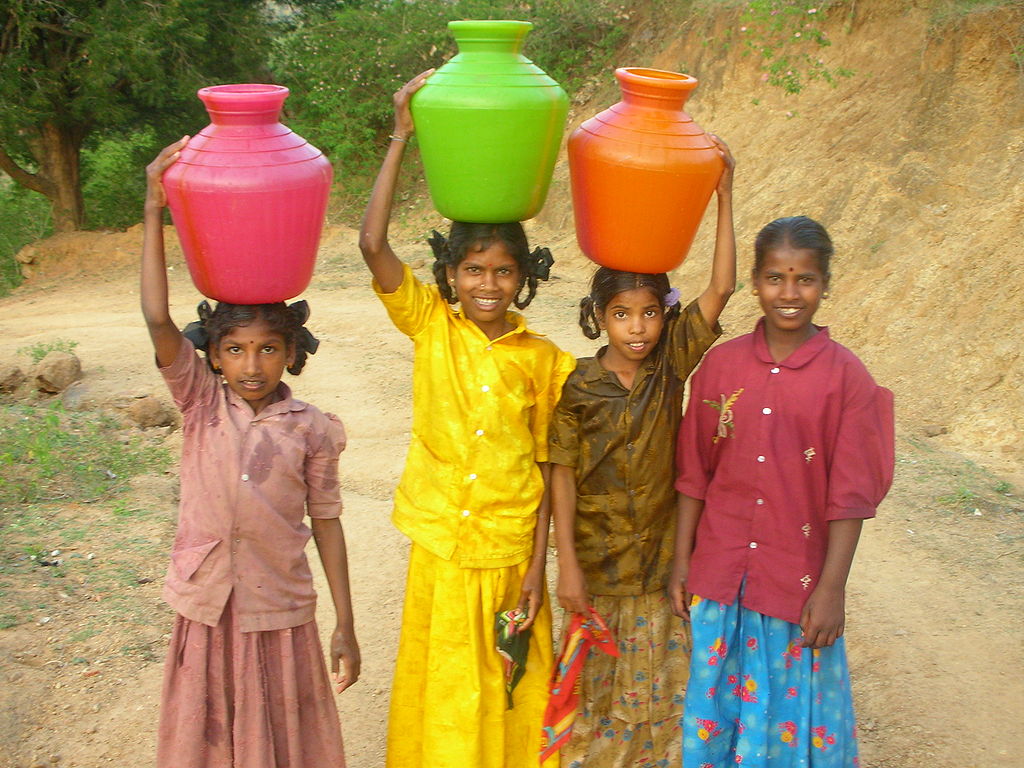 Around the world, there is more salty groundwater than fresh, drinkable groundwater. For example, 60 percent of India is underlain by salty water — and much of that area is not served by an electric grid that could run conventional reverse-osmosis desalination plants.

Winter explains that finding optimal solutions to problems such as saline groundwater involves “detective work to understand the full set of constraints imposed by the market.” After weeks of field research in India, and reviews of various established technologies, he says, “when we put all these pieces of the puzzle together, it pointed very strongly to electrodialysis” — which is not what is commonly used in developing nations.

The factors that point to the choice of electrodialysis in India include both relatively low levels of salinity — ranging from 500 to 3,000 milligrams per liter, compared with seawater at about 35,000 mg/L — as well as the region’s lack of electrical power. (For on-grid locations, the team found, reverse-osmosis plants can be economically viable.)

Such moderately salty water is not directly toxic, but it can have long-term effects on health, and its unpleasant taste can cause people to turn to other, dirtier water sources. “It’s a big issue in the water-supply community,” Winter says.

By pairing village-scale electrodialysis systems — a bit smaller than the industrial-scale units typically produced today — with a simple set of solar panels and a battery system to store the produced energy, Wright and Winter concluded, an economically viable and culturally acceptable system could supply enough water to meet the needs of a village of 2,000 to 5,000 people. They estimate that deployment of such systems would double the area of India in which groundwater — which is inherently safer, in terms of pathogen loads, than surface water — could provide acceptable drinking water.

While many homes in India currently use individual, home-based filtration systems to treat their water, Wright says after consulting with nongovernmental organizations that work in the area, she and Winter concluded that village-scale systems would be more effective — both because fewer people would be left out of access to clean water, and because home-based systems are much harder to monitor to ensure effective water treatment.

Most organizations working to improve clean-water access focus their attention on controlling known pathogens and toxins such as arsenic, Wright says. But her analysis showed the importance of “what the water tastes like, smells like, and looks like.” Even if the water is technically safe to drink, that doesn’t solve the problem if people refuse to drink it because of the unpleasant salty taste, she says.

Electrodialysis works by passing a stream of water between two electrodes with opposite charges. Because the salt dissolved in water consists of positive and negative ions, the electrodes pull the ions out of the water, Winter says, leaving fresher water at the center of the flow. A series of membranes separate the freshwater stream from increasingly salty ones.

Both electrodialysis and reverse osmosis require the use of membranes, but those in an electrodialysis system are exposed to lower pressures and can be cleared of salt buildup simply by reversing the electrical polarity. That means the expensive membranes should last much longer and require less maintenance, Winter says. In addition, electrodialysis systems recover a much higher percentage of the water — more than 90 percent, compared with about 40 to 60 percent from reverse-osmosis systems, a big advantage in areas where water is scarce.

Having carried out this analysis, Wright and Winter plan to put together a working prototype for field evaluations in India in January. While this approach was initially conceived for village-scale, self-contained systems, Winter says the same technology could also be useful for applications such as disaster relief, and for military use in remote locations.

The research was funded by Jain Irrigation Systems, an Indian company that builds and installs solar-power systems, and sponsored by the Tata Center for Technology and Design at MIT.

This article was written by David Chandler, MIT News Office.

Become a Business Leader in Pakistan?