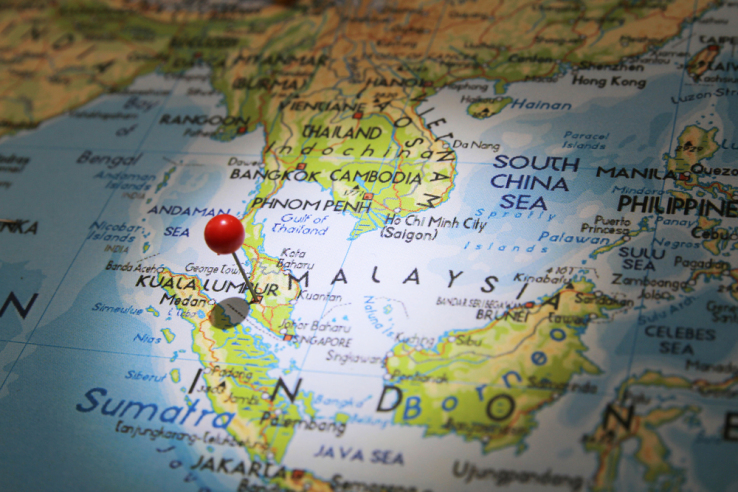 I have spent most of my life living and traveling in Southeast Asia; the last two years as the mentor to Asian startups. Southeast Asia — home to 620 million people across 11 countries  — has been skyrocketing with tremendous growth; case in point, the 16 percent increase in Aggregate Investment Deal Value, to US$1.05 billion in 2014.

Some of the top investors in the region include prestigious firms in the Western world, such as Sequoia Capital and Tiger Global. It is not surprising at all. The region has a huge combined GDP, US$2.57 trillion, with 60 percent of the population in the young age group of 15-34.

As an avid reader, I realized that the term “unicorn” has been overly reported on Western/China/India startups. Yet, Southeast Asian startups have been missing the limelight, even though Southeast Asia is a high-growth and emerging market.

The data on the seven unicorns of Southeast Asia reveals plenty of insight on the Southeast Asian startup ecosystem. The average age of a unicorn in this list is 6.5 years — the youngest is Indonesia-based Traveloka, founded in 2012; the oldest, 11 years, is Vietnam-based VNG. The total valuation lies at around US$10 billion.

There are more similarities than differences in these unicorns. James Slavet at Greylock Partners believes that the path to a billion dollars is to model a “digital transaction business — a company that connects buyers and sellers so they can more efficiently transact.” These unicorns address through their platforms core lifestyle needs, such as e-commerce and entertainment.

Moreover, they have a proven business model of what works in the U.S., such as travel booking and e-hailing, which should work in an emerging market. From a funding perspective, the unicorns have a good mix of foreign and local investors to provide knowledge transfer of what has done well and to aid in regional scaling, respectively.

Garena is often named as the Tencent of Southeast Asia. Its latest undisclosed funding by The Ontario Teachers’ Pension Plan in March 2015 has catapulted this gaming platform to the most valuated in this roundup. In the funding announcement, its desktop user base (17 million) still overshadowed the mobile monthly active user base (11 million) and has reached annual revenues of US$200 million. If you like the juicy founding story of Facebook’s The Social Network, the rumored dramatic founding story of Garena might be your cup of tea.

Southeast Asia’s largest taxi aggregator, GrabTaxi, is Southeast Asia’s answer to Uber. Most recently, GrabTaxi teamed up with other SoftBank investees (Ola and Didi Kuaidi) and Lyft to provide seamless ridesharing across their influenced countries. GrabTaxi leads Southeast Asia with up to 1.5 million daily bookings across six countries and 22 cities.

Rocket Internet-backed e-commerce store Lazada experienced high growth after success in China’s JD and Alibaba, as well as India’s Flipkart and Snapdeal. As an infrastructure it is still in the infant stage for this part of the world. Lazada plans to use the latest funding to enhance the shopping experience by improving logistics, payment solutions and the third-party merchant base.

High-end gaming hardware company Razer was founded by Singapore-born lawyer Tan Ming-Liang and American technologist Robert Krakoff. It recently opened its third concept store in Bangkok (after Taipei and Manila), which shows its strategic focus in the growing affluence of Asian gamers first. Also, Razer has allied with the world’s biggest PC vendor to co-brand a range of China-based Lenovo PCs so as to tap into Razer’s gaming expertise and die-hard gamer fan base.

Tokopedia is Indonesia’s top C2C marketplace that lets individuals and SMBs owners open and maintain their online stores for free. It operates on a freemium model, where paying store owners get additional features such as user control and the ability to add/sell a bigger range of products. It was East Ventures’ first investment and Sequoia Capital’s first investment in Southeast Asia.

Traveloka was founded by a three-man team that consists of a Harvard dropout and NetSuite and LinkedIn engineers. It is ranked as Indonesia’s No. 1 flight search and booking site, according to comScore. SimiliarWeb noted Traveloka had 3.7 million desktop visitors in November 2015. According to a reliable insider source, its annual booking value has exceeded US$1 billion. A very big upside of Traveloka is that, although it is a B2C e-commerce business, it is able to circumvent the logistical nightmare of Indonesia due to e-ticketing.

VNG, a competitor of Garena, first started piggybacking on gaming company Kingsoft for game licensing. From there, it built a platform stretching from music downloads to mobile games to its flagship chat app, Zola. Despite its sole focus on Vietnam, which is an anomaly itself, it has secured US$100 million revenue, with 2,000 employees across Vietnam. VNG’s attempt to venture outside Vietnam into China and Japan through game release has not garnered success.