VC Peter Thiel: You can either invest in ‘bits’ or ‘atoms’ 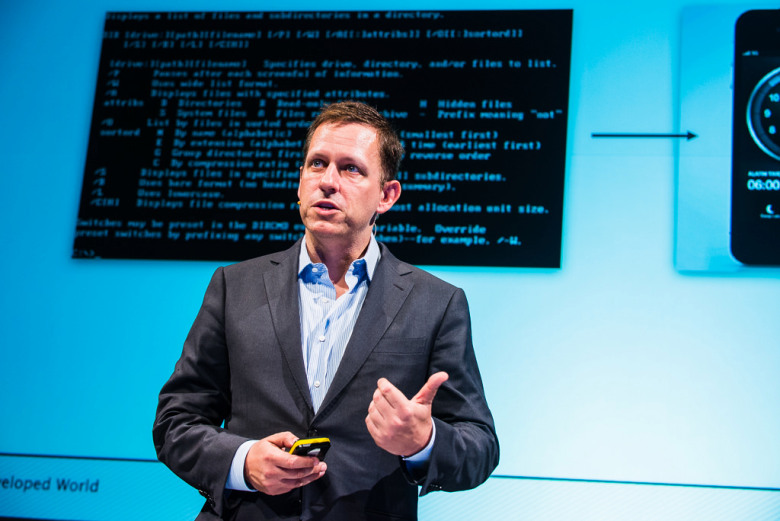 Thiel, who spoke at the Techcrunch Disrupt conference Monday, gave the example of digital health. There are companies that run big data analytics trying to predict who will develop Alzheimer’s. “Then there is another company that is trying to cure Alzheimer’s.”

Thiel hit a home run by being one of the original investors in Facebook — definitely a “bits” company, but later on he turned his eye toward investing outside the tech space. In space, for instance.

He believes that there is a need for both types of companies, but he suggests that right now much of the focus in the startup and investment communities is on bits-based business.

“You look at today’s technology companies, and you just get the feeling that we could be doing so much more,” Theil said.

In fact, the idea is so important to Thiel that it’s one of the main themes in his new book Zero to One.  It’s also the basis for the tagline of his venture capital firm, Founders Fund: “We wanted flying cars, instead we got 140 characters.”

Thiel dropped some other pithy bits during his talk. He called Uber “the most ethically challenged company in the Valley.” This he attributes to the company’s dealing with rival Lyft.